Got Norovirus? Highly contagious virus shuts down schools in GA

Recently, the school system in Laurens County Georgia made the decision to close schools on a Friday because more than 100 students became ill.  The culprit believed to have caused the illness is the Norovirus, a highly contagious virus that causes acute gastrointestinal illnesses including vomiting and diarrhea.  News reports indicated the school was closing to conduct cleaning and sanitizing operations over the weekend.

Norovirus is the #1 Cause of foodborne related illness, easily eclipsing e-coli and salmonella combined.

Those most vulnerable to Norovirus are the elderly and young children. 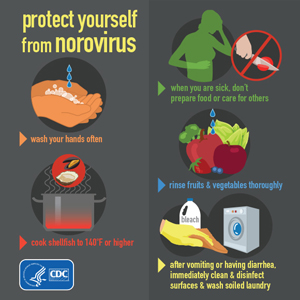 In the case of Laurens County Schools, closing of schools is a reaction to a serious situation.

Being proactive is a far better and more cost effective solution to prevent the spread of contagious illnesses.  It is estimated that 60 million children miss school days each year due to illness related to the flu or the common cold.  These kids miss out on learning, they fall behind, and academic performance suffers.

An example of being proactive is having an infection control strategy in place.  This includes hygiene education with emphasis on the importance of hand washing, and having a high touch cleaning/disinfecting program in place.  The video talks about how to proactively make schools a healthier place.

Multi-Clean makes a number of high performance disinfecting products that kill germs, including the Norovirus.